The area is a site of international importance for birds; species have been recorded, with nesting. The animal life of the reserve is mostly that of the boreal taiga, with some mountain and steppe communities.

The most common mammals are rodents. The beaver has been reintroduced and now inhabits most river valleys; the number of individuals was about individuals in The dark taiga is to the west, on the mountain ridges; Ilmen is more in a pine and birch forest subzone. Throughout the reserves history, the mammals and birds of the region have been the subject of frequent scientific publication.

Scientists on the reserve have recorded 38 species of mammals, of birds, 1 species of reptile, 2 species of amphibians The Siberian salamander and Rana frog , 16 species of fish common species are pike, carp, perch and many invertebrates.

They are mostly typical of the middle taiga of the Western Siberian Plain: Siberian Chipmunk, brown bear, sable, ermine, elk, and grouse. The understory is relatively clear, mostly pine.

To the extent a shrub layer exists, it is found in sparse clumps of juniper and rosehip. Scientists on the reserve have recorded 68 species of vertebrates, and 98 species of birds. Most of the bird biodiversity is in the floodplains. The upper reaches of the Taz are important spawning and wintering grounds for salmon and whitefish. The reserve is in the central part of the West Siberia plain, in the southern part of the Middle Ob lowlands. The reserve was created in , and covers an area of , ha 2, The terrain of Yugansky is primarily floodplains, covered by spruce forests with cedar and fir.

The reserve is home to 40 species of mammals, more than half of which species are rodents. 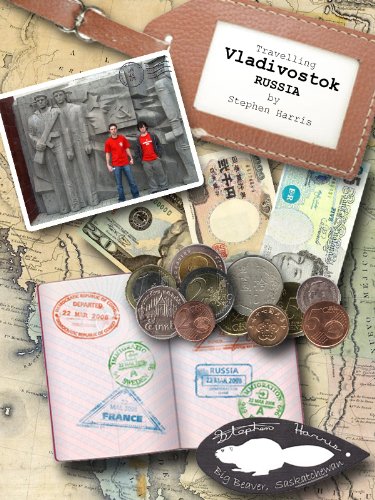 The large mammals are represented by bear, lynx, and wolverine. Herbivores include elk and reindeer forest. Birds of Central Siberia Website Generally, about species of birds stay here in different times. Some of them already are not to be found any more or are extremely rare. Facing that way, I did a sketch of the river and of the ferry launch arriving. In the other direction, upstream, a rock cliff came down to the water and cut off the vista that was beyond. I hiked a bit to get a look around the cliff and discovered only more cliffs and hills, and a narrowed river slipping out of sight among them.

In that direction—south—lay China. We spent the next day climbing out of the Selenga watershed through hilly country of mixed taiga and steppe. The many hilltop vantage points revealed one view after another, with endless uplands and ridges and low mountains; Sergei kept stopping and getting out to sweep the video camera slowly across the scene. Many trees in this part were dead and gray, I assumed from some infestation or disease. At first, I thought the cause might be the pine beetle, as in similar forest die-offs in North America, but I saw many dead birches, too.

Now we were passing fewer cars, people, or villages than at any previous stretch of the trip. I had rarely seen country this unused and empty anywhere.

At midday, we stopped in a village called Desyatnikovo to buy potatoes. An old woman there told us that this was an Old Believer village, but it was dying. Old Believers are dissenters from the Orthodox Church; many of them have sought refuge in Siberia since the seventeenth century. She said that houses with the shutters closed meant that no one lived there now and the people who used to live there had died.

The woman showed us her own house, a bright-painted cabin of trimmed logs on the central street with shuttered houses on either side. She seemed to be in permanent mourning and told us she was very sad. A somewhat younger guy we bought potatoes from said that only old people lived in the village nowadays.

There is no work, so young people move away, he said. We kept climbing, descending, climbing again. One hilltop overlooked a span of the Trans-Siberian Railway on which a train consisting entirely of black oil-tanker cars stretched as far as one could see, west to east; it must have been four kilometres long.

The M55 highway goes over this divide near the village of Tanga. From that point, the road began to descend until it dropped into the broad valley of the Ingoda River—a familiar name. When the Decembrists were imprisoned in Chita, they bathed in the Ingoda. In late afternoon, we found a good place to camp on its banks. The Ingoda is a pleasant, small river with a brisk flow and a bottom of sand and gravel in the parts I saw.

Some boys near our campsite who came by to check us out told Sergei you could catch plenty of fish in it using crickets. I set up my fly rod and tied on an all-around attractor fly. Casting into slack water below some riffles, I got a lot of splashy strikes, but the fish were too small to fit their mouths around the fly. Finally, I hooked a flipping and flopping six-incher. Then I waded back into the river and cast some more.

Far downstream, I knew, the Ingoda joined the Onon to make the Shilka, which joined the Argun to make the Amur, which eventually emptied into the Pacific, which extended all the way to Dockweiler State Beach, in Los Angeles, where my sister-in-law brought her children to swim. In theory, from here I could take the all-water route home. The following afternoon, we reached Chernyshevsk, an important point on our journey. I had been half dreading Chernyshevsk, because beyond it the road became undrivably bad for the next eight hundred or nine hundred kilometres.

Proconsular ambitions on the Chinese border

Owing to the swamps and the lack of local population and the difficulty of maintenance, from Chernyshevsk to the town of Magdagachi, a long way to the east, there was in effect no vehicle road. Therefore, all cross-country drivers had to stop in Chernyshevsk or, if westbound, in Magdagachi and load their vehicles onto Trans-Siberian car- and truck-carriers in order to traverse the roadless stretch by rail. This situation had created a bottleneck at Chernyshevsk, where traffic backed up like leaves in a storm drain.

The place was really just a village beside a large TransSiberian Railway train yard, and it offered travellers—who routinely had to wait forty-eight hours before an available transport appeared—almost no lodgings, no bathroom facilities you would want to enter without protective gear, and almost no restaurants. Meanwhile, the trucks and cars kept arriving. Late in the afternoon, a train hauling vehicle transports arrived from the east.

The transports carried used Japanese cars, most of them Toyotas, with their front ends covered in masking tape, like bandaged noses, to protect from flying gravel on the road. So far, I have not described this important aspect of Siberian trade: throughout the year, but especially in the summer, guys ride the TransSiberian to Vladivostok, buy used Japanese cars there, and drive the cars west across Siberia for resale. Cargo ships full of these vehicles arrive in Vladivostok all the time. A used car bought in Vladivostok for two thousand dollars can be resold farther west in Russia for three times that much.

The guys who drive this longdistance shuttle tend to wear muscle shirts, shiny Adidas sweatpants, and running shoes, and their short, pale haircuts stand up straight in a bristly Russian way. On the road, they are easy to recognize by the tape on their vehicles and by the fact that they speed like madmen. The faster they finish each round trip, the more trips they can do and the more money they can make. Fishermen on the Amur River, which forms the border between Russia and China for about sixteen hundred kilometres, before heading northeast to the Pacific.

One of the drivers debarking in Chernyshevsk told Sergei that this load of cars and drivers had had to wait five days in Magdagachi for transports, and then spent forty-eight hours on the train. In Chernyshevsk, the unloading was done one car at a time. Some of the drivers, when they finally did emerge with their vehicles onto the cracked pavement of the Chernyshevsk parking lot, shifted into neutral and raced their engines in automotive howls of liberation or rage.

The emergence of each vehicle caused a crowd of begging children to swarm around it.


Some drivers honked and yelled at the kids to go away; others rolled their windows partway down and held out little pieces of leftover food. I saw a girl with large hoop earrings trot to a window and snatch the back end of a kielbasa that a driver offered her. Nor would there necessarily be one tomorrow, she added, with keen enjoyment disguised as nonchalance. The quiet way she savored giving out this disappointing news was a wonder to see. Maybe a train would come along tomorrow night, she speculated; but, then again, maybe it would not.

As we considered the prospect of spending the night in Chernyshevsk in the van, Sergei again showed his mastery of difficult situations. By distributing a small amount of cash to the drivers immediately in front of and behind us, he held our place for tomorrow. Then he backed out of the queue, sped away from Chernyshevsk, and found us a place to camp beside a quiet and clear and relatively un-trashed stream a few kilometres outside town.

We set up the tents, ate supper by lantern light, and turned in for a good sleep. In the morning, I took out my fly rod and caught a couple of little fish in the stream. Volodya made breakfast, then drove to Chernyshevsk to monitor what was going on. The train was not about to leave, as it turned out. To my surprise, though, it did seem to have arrived. We spent another afternoon in the vehicle queue waiting to load. I had understood that we would be going on a vehicle transport, the usual open-air affair, where we would just sort of hang out like train-hopping hoboes until we reached Magdagachi.

But Sergei had something better in mind. He had heard about a guy who had his own train car. The guy, a short, dark-haired, bushy-eyebrowed, villainous-looking party, appeared at the loading ramp surrounded by a small entourage. Yes, he did have his own vagon —a long, windowless boxcar with room inside for four ordinary-sized vehicles.